After The Event Insurance (ATE)

ATE insurance is an insurance policy taken out after a dispute has arisen to protect against the risk of having to pay the opponent’s legal costs if you lose. The policy can often be extended to cover some or all of your disbursements, such as counsel’s fees and expert’s fees.

What does it cost?

As with any insurance, the insured must pay a premium. The premium will be in the region of 25-60% of the amount of cover being sought. Unless you are in the Commercial Court, in cases worth less than £2m, from 1 April 2013 each party has to provide the other with a budget for the litigation at least seven days prior to the first Case Management Conference. That budget will be a guide as to what cover is needed for opponent’s costs; in cases worth more than £2m, from 1 April 2013, judges may require costs budgets, but they are not automatic.

What are the tactical advantages of ATE?

There are two main tactical advantages:

What type of cases are suitable for ATE?

ATE insurance is available for all types of cases except family and criminal cases and employment tribunal claims. ATE insurance can be taken out in respect of court, arbitration or appeal proceedings. It is available in principle to both claimants and defendants, although many insurers may only offer ATE insurance to claimants.

Who is the insurer?

The insurer will be an established insurer. In cases requiring a significant amount of cover the insurer may be a lead insurer with a following market of co-insurers. The identity of the insurer is important, as the insurer should be properly regulated and have sufficient assets to provide the level of cover sought.

At what point should a party to a dispute consider ATE insurance?

ATE insurance is available at any time after a dispute has arisen up to final determination or trial. We will consider with you the likely terms of ATE insurance at the outset.  The earlier you apply for ATE insurance, the better the terms are likely to be.

How does the insurer define “win” or “lose”?

This is a matter for negotiation with the insurer. If the solicitors are on a CFA, the insurer will generally want the definition of success to match that in the CFA.

In what circumstances does the premium have to be paid?

The premium will usually be payable if the case is won. The general rule is that the payment of the premium is deferred until the end of the case, and it is contingent on success (i.e. it only becomes payable if you win).

The premium may not have to be paid if the case is lost, even though the insurer indemnifies the insured for the insured risks.

In some cases the premium will be staged, so that the amount due to the insurer increases as various trigger points in the litigation arrive.

Is the premium recoverable?

No, since 1 April 2013 the premium is no longer recoverable from the losing party. The premium comes out of the damages awarded.  It is not a recoverable cost of litigation.

Is it necessary to notify the opponent that an ATE policy has been taken out?

No, but as mentioned above, you may want to notify your opponent, with the insurer’s permission, once you have taken out an ATE policy. 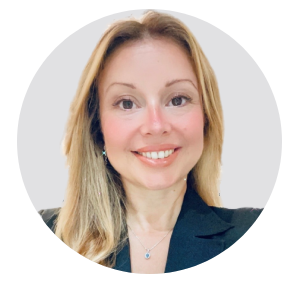